Malta has around 11,000 licensed hunters. With 35 hunters per square kilometre of land area, Malta is the world leader - almost 5% of the male population hunt. Due to the lack of large mammals, only birds are shot - with the exception of the wild rabbit. 32 bird species are open for shooting, besides various water birds there are also turtle dove and quails, golden and grey plover, ruff, lapwings as well as skylarks, starlings, blackbirds, fieldfare, mistle thrush, redwing and song thrushes are on the shooting list. The regular hunting season starts on 1st September and ends on 31st January. For the quail there is a two week hunting season in April. Malta's official hunting statistics show that there are around 120,000 bird bagged each year - in reality, the figure is much higher.

Almost every corner of undeveloped areas across the archipelago is open for hunting, only a few very small protected areas are free of hunting. Calm and tranquility barely exists - even in the extensive Natura 2000 areas on the coast, hunting is permitted. On weekends in autumn, thousands of people with guns are in an area hardly larger than a small city. The environmental police (ALE) responsible for regulation and enforcement is chronically understaffed, with only one official per every 1,000 hunters.

Aside from the problems with legal hunting, Malta has a considerable poaching problem. Protected species such as birds of prey and storks, herons and bee-eaters are targeted by trophy hunting, quail hunters often use illegal electronic decoys, and quite a few huntsmen use the permit to hunt quail in April to shoot the turtle doves (protected in spring).

The Maltese hunting association FKNK also sees itself as a representative of bird trappers - hunting and bird trapping are inextricably linked in Malta. 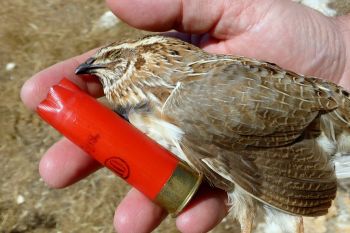 Although strictly banned under EU law, Malta allows the hunting of returning quails every April. Poachers mingle with licensed hunters and shoot at protected species. 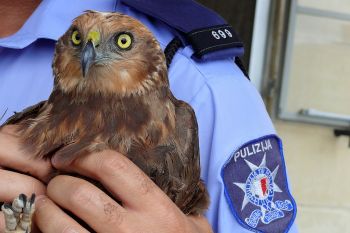 Trophy hunting is a widespread sport in Malta. Poachers shoot protected birds of prey, storks, flamingos and herons - as specimens the animals end up in collections instead of in their breeding areas. 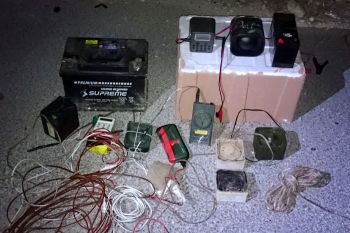 Use of electronic decoy callers

In order to lure the coveted quails to the shotguns, Maltese hunters often use forbidden electronic decoy callers. During the hunting season, quail calls can be heard all over the island. 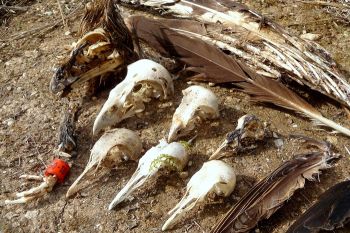 From 2009 to 2015, we found the remains of more than 300 protected birds in a forest area of northern Malta. The "bird cemetery" of Mizieb casts a spotlight on bird hunting.