Last October, a CABS team was active during the peak migration of birds of prey in the Danniyeh district of northern Lebanon. While documenting the extent of illegal night hunting, our team was also able to detect the hunting of protected honey buzzards. However, after shooting two birds of prey, the poachers fled the scene, which was too remote in the mountains to get police support.  In the areas where we have been operating twice a year since 2017, the situation has already improved.

You can watch our latest video report on our YouTube channel here.

On 10. January the police in Münster (Germany) freed a mortally injured buzzard from an illegal leghold trap. The trap had been set up inside a fenced poultry breeders’ property and baited with a dead chicken. The officers were called by CABS staff who had discovered the bird after receiving a tip-off from the public. Unfortunately, the leg of the bird of prey was almost completely severed and the animal therefore had to be euthanised. CABS have immediately filed a report for cruelty to animals, poaching and violation of the Federal Nature Conservation Act. Whether the owner of the property is also the perpetrator is the subject of the investigation. We assume that the trap was set to keep predators away from the ornamental poultry kept at the scene. Buzzards are a strictly protected species, capture and killing of wild specimens are criminal offences. The use of leghold traps was banned throughout the EU.

Find out more about our work against raptor persecution in Germany here.

During our winter mission in Cyprus, three hunters were caught in the last days of December. Two of them had been using illegal electronic decoys while hunting larks and were caught red-handed together with wardens from the Game & Fauna Service. The third man had attracted attention for the same offence: He had used an electronic decoy caller with thrush song - a comparatively minor offence. His misfortune: wardens took over an hour to get to the scene of the crime. While other hunters use such waiting times to escape, he changed his decoy to meadow pipits and had already shot four of the protected migratory birds. If the officials had caught him with the device during the thrush hunt, he would have got away with a few hundred euros fine. Now he has to pay 2,500 euros for shooting the meadow pipits!

Read more about our bird protection camps in Cyprus here.

CABS Annual Report 2022 - 320 poachers convicted and over 2,500 birds rescued: This year we have conducted a total of 31 bird protection camps with around 180 activists from all over Europe, in seven different countries around the Mediterranean and caught 320 poachers - a new record! Last year, there were 268. In total, together with the relevant authorities we dismantled 1,039 bird traps, 3,433 limesticks, 534 nets and 236 electro-acoustic decoy callers. Over 2,500 birds were rescued from traps or from illegal captivity by our Bird Guards. The vast majority have already been released back into the wild. We would like to thank all our dedicated volunteers who give up their free time to protect our migratory birds often in difficult and challenging circumstances, and of course all our supporters, members and friends.

A summary of this year’s campaigns and operations can be found here.

Following a tip-off from the public, CABS staff found a bird of prey trap baited with a live domestic pigeon containing a freshly caught goshawk in the municipality of Lengerich (Emsland/Lower Saxony) on 07.12.2022. While waiting for the police to attend, the perpetrator - a farmer and gamekeeper - came and killed the female goshawk in front of running cameras. On leaving the scene, the man, aged around 50yo, was intercepted by the police. During a check of the property, another active goshawk trap was discovered. As motive, the perpetrator stated that he wanted to protect the local "small game" as well as his poultry from birds of prey.

You can watch a YouTube video on the case here.

On 23.11.2022, the French supreme court ruled against the authorisation of bird trapping following an official complaint by our French partner associations LPO France and OneVoice. The Macron government wanted to re-authorise the trapping of over 100,000 migratory birds, contrary to current EU law. The proposed derogations included the trapping of larks with live traps in Aquitaine, of lapwings with clap-nets in Champagne, Stone-crush traps in the Central Massif and of brutal horsehair snares for thrush trapping in the Ardennes. Justification: Bird trapping, which has actually been banned throughout the EU since 1979, is an "old tradition". The Committee Against Bird Slaughter (CABS) has been fighting for an end to bird trapping in France since the mid-1990s. The great success of our partners now hopefully puts a definitive end to it once and for all!

Read more about the tradition of bird trapping in France here.

Since the beginning of September, 16 bird protection activists from all corners of Europe, have participated in our autumn bird protection camp on the Mediterranean island - which is an infamous black hole for migratory birds. The camp is now complete, and the results are impressive: CABS teams confirmed and reported a total of 135 active bird trapping sites and 76 incidents of illegal shooting to the authorities. 60 poachers have been prosecuted (44 for trapping and 16 for illegal hunting). 1882 limesticks, 87 mist-mist nets and 128 electronic decoys were seized. 573 birds were saved and released from traps - mainly warblers, flycatchers and redstarts, but also orioles, scops owls, long-eared owls and even a fruit bat! Tens of thousands of other migrating birds safeguarded from being caught in the first place! Songbirds are still a sought-after delicacy - warblers in particular fetch top prices on the black market. However, the fines that the poachers are receiving are also gratifyingly high, averaging over €4,000!

A big thank you for the great effort of our brave boots on the ground, to the authorities and of course to our donors, without whom these results would not have been possible!

Bodycam video shows operation with the police in the Bekaa Valley, Lebanon: Near the city of Baalbek, CABS teams together with Lebanese Security Forces and our partners from the Society for the Protection of Nature in Lebanon (SPNL) and MESHC Anti-Poaching Unit dismantled 26 huge nets and several electronic decoy callers at four bird trapping sites in the Bekaa Valley. The Bekaa Plain is located inland in Lebanon and is considered an important corridor for migratory birds away from the coast. This rural region is equally considered a poaching hotspot, as hundreds of thousands of birds are illegally caught with nets in the villages every year, which are then sold or intended for consumption.

Watch our video report on our YouTube channel here.

First results from our anti-poaching operations in Spain.

In the east of the Iberian Peninsula, our bird protection camp against wild bird poaching in the "parany" has been running for a fortnight. In these huge limestick trapping installations in the regions of Valencia and Catalonia, thrushes and warblers are caught illegally with the help of electronic decoy callers. Although this trapping method has been illegal for a long time, there are still active parany - it even looks like more poachers are active again this year! In the first 14 days of our operation, we have helped the authorities to convict 22 bird trappers. The officers of the Guardia Civil have seized 700 limesticks, 15 mist nets, 3 clap-nets and 100 snap-traps from the perpetrators. Around 90 birds have been freed unharmed.

Find out more about our anti-poaching operations in Spain here.

Your donation makes the difference!

Your donation will enable us to fund our campaigns and bird protection camps throughout Europe, to keep up the fight for migratory birds. CABS is almost exclusively financed with private donations, from nature and animal lovers, as well as foundations and nature conservation associations. In order to stay independent, we do not receive public funds and we refuse business sponsorships. CABS is recognised as non-profit, thus, donations are tax-deductible. For a donation of 25 € or more, you will receive a donation receipt at the beginning of the following year. 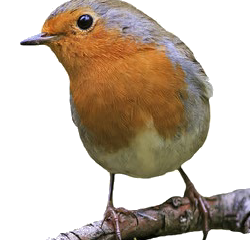