Bird trapping and hunting in Malta

With its central location in the Mediterranean Sea, the Maltese archipelago is an important stepping stone for bird migration between Europe and Africa. Particularly in bad weather, migrating birds make a stopover on the 360 square kilometre archipelago. The arrival of large flocks of birds to the resting places on Malta and Gozo is a unique natural spectacle, which unfortunately not only inspires nature lovers, but also eager bird trappers and hunters.

With 35 hunters per square kilometre of land, Malta has the highest density of hunters in the world. The few undeveloped areas of the EU member state are littered with thousands of bird-trapping sites and hunting shelters. In addition to the permitted hunting of thrushes, starlings, various waders and water birds, quails and turtle doves, poaching remains a widespread phenomenon. Poachers focus on birds of prey and storks, which are sought-after trophies. Through legally questionable derogations, the Maltese government annually permits the capture of several thousand golden plovers and thrushes so that hunters can use the captured animals as live decoys for hunting. Furthermore, many trappers also target finches and protected waders. There are also derogations to the EU-wide ban on spring hunting - in April quails are hunted as they attempt to return to their breeding grounds in Central and Eastern Europe.

Hunting and bird-trapping on Malta is highly political. For decades there have only been two parties in parliament, often on a par with each other in terms of voter favour. Hunters and bird trappers, together with their families, make up a significant electoral group, which the parties try to pander at every ballot. As such, migratory birds become a pawn in the battle for power in the country.

The Committee Against Bird Slaughter (CABS) has been carrying out bird protection camps on Malta since 2001. Our members patrol and monitor important roosting sites and migration hotspots, we investigate trapping sites and document cases of poaching and illegal bird-trapping. Since 2014, the committee has had a permanent employee on Malta who coordinates the operations, accompanies legal proceedings against poachers and also organises site inspections outside of the bird protection camps.

Through our efforts we have achieved a number of remarkable successes - but still a lot remains to be done! 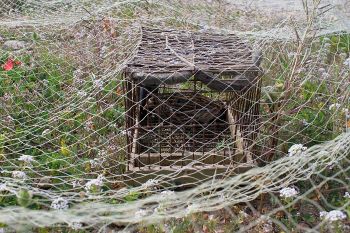 Malta's bird trappers use nets and cages to catch finches, turtledoves, thrushes, quails and wading birds. Some trapping sites are even legal. 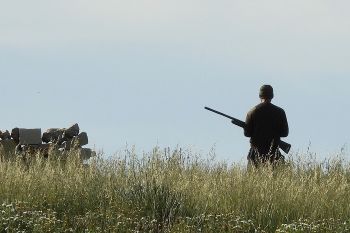 More than 5 % of the male population of Malta has a hunting licence, which puts the island state at the top of the world. In addition to legal hunting, poaching is widespread.

Finches are popular cage birds in Malta. Birds illegally caught on the islands can be found on the pet market or smuggled from Sicily. 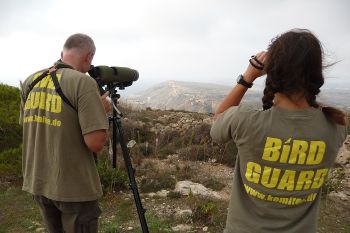 In order to combat poaching and illegal bird-trapping, the Committee Against Bird Slaughter (CABS) organises several bird camps in Malta and Gozo every year during the migration season. 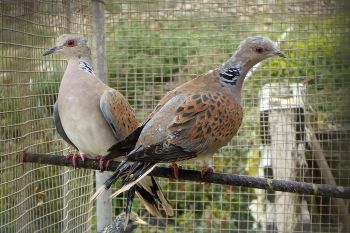 Malta repeatedly makes questionable exceptions for hunting and bird-catching. With research and lobbying work, we are committed to compliance with EU law. 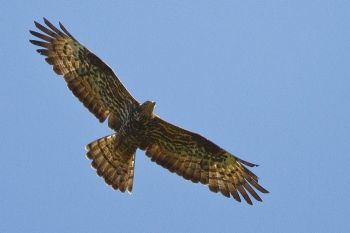 Since the beginning of our work in Malta in 2001 we have achieved a lot. Finches trapping is prohibited, shooting of protected species is becoming increasingly rare, and penalties have been drastically increased.