Hunting offences are not a phenomenon strictly limited to the Mediterranean. In Germany, in addition to our criticism of regular large-scale hunting, there is a considerable problem of illegal poaching.

German hunting legislation dates back to the 1930s and has never been comprehensively overhauled. Modern ecological findings have not yet found their way into the Federal Hunting Act. Like their Mediterranean counterparts, German hunters are involved in migratory bird hunting, use cruel traps and release birds and other animals solely for the purpose of hunting. Hunting in protected areas is permitted almost everywhere, birds are legally shot during the breeding season, and with generous exemptions, hunting of actually protected bird species such as grey heron and cormorant is flippantly permitted. In contrast to many other European countries, there is no functioning state led hunting supervision in Germany. In this country, hunting supervision is in the hands of the regional hunters - but since almost all violations of the hunting law are committed by license holders themselves, the perpetrators violations simply get brushed under the carpet.

The structural problems of outdated hunting laws, inadequate hunting supervision and inadequate training lead to many hunting offences: Illegal raptor persecution is more widespread in Germany than in any other European country, illegal feeding of wild animals, excessive waterfowl hunting, excessive release of huntable species and 'accidental' shooting of protected animals are also documented across all federal states.

Since our foundation in 1975, the CABS has been campaigning for a sustainable hunting law in Germany. 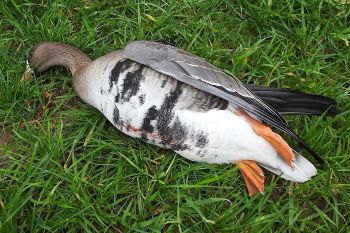 Central Europe is one of the most important wintering areas for waterfowl in Eurasia. German hunters shoot tens of thousands of migratory birds without regard to populations and other resting animals. 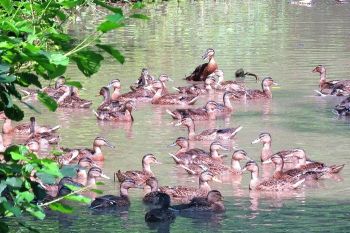 In Germany it is still common today to release huntable animal species in order to get enough "game" for the eager shotguns later. Pheasants and ducks are released from breed pens into the wild. 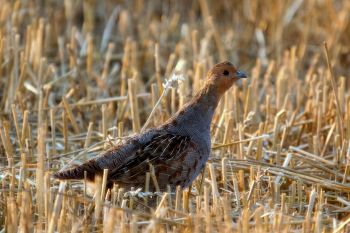 Requirements for a modern hunting law

For many years, CABS has been committed to an ecological and sustainable hunting law in Germany. We have formulated minimum requirements - you can find the "Top 10" here.