In Italy, hunting is still a deeply rooted tradition, especially in the countryside. A total of 600,000 hunters are registered. Italy has a licensing system, i.e. hunters can go hunting almost anywhere in their region. There are no permanent territorial leaseholders who - as in Germany and Austria - are responsible for a hunting district. The hunting season regularly begins on the third Sunday in September and ends on 31 January, for some species shorter hunting periods apply. In some regions there is also a short hunting period at the beginning of September for the shooting of the Turtle Dove. In particularly pro-hunting regions the season is significantly extended, it can start on September 1st and end on February 10th.

The hunters mainly go bird shooting and predominantly target migratory birds. A total of 39 bird species can be legally hunted. Some regions have repeatedly authorised the shooting of fully protected species by means of special permits until in 2012, the Committee Against Bird Slaughter (CABS) won an end to this practice before the courts. Unlike in Germany, there are specific daily and seasonal limits for each species. As a rule, they are so high that you can shoot the whole day without running the risk of exhausting the limit.

Catching birds with traps and nets nets is just as forbidden as the use of electronic lures and hunting in protected areas. live decoys, on the other hand, are permitted, and are used mainly for large camouflage hunting sites known as 'rocolli', which are widespread in northern Italy. With 7,000 rocolli, the highest concentration of this form of migratory bird hunting is in Lombardy province of Brescia. Every Tuesday and Friday bird hunting is banned across the whole of Italy, and the hunters mostly adhere to this regulation - at least the migratory birds have a small breather. 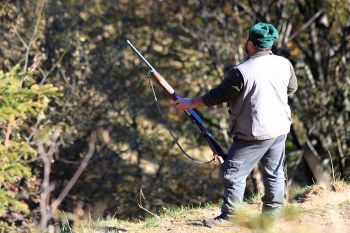 In Italy, 36 bird species are officially huntable for shooting - from ducks, game birds, pigeons to skylarks, fieldfare and blackbirds. 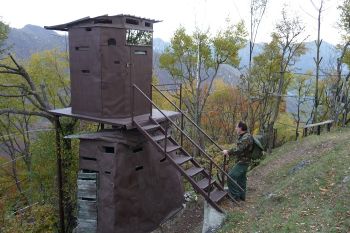 In northern Italy, most songbirds are shot from camouflage hunting hides - hidden deep in the forest and equipped with living decoys. 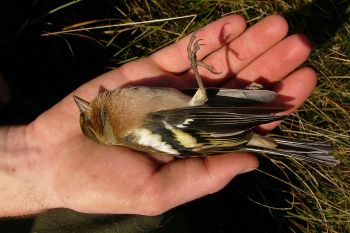 Various Italian regional governments are repeatedly bending over to the hunting lobbies and allowing the hunting of EU-wide protected bird species. Starlings, brambling and chaffinches are commonly the victims. 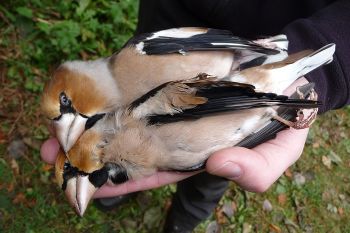 In hardly any other EU country is the line between licensed hunters and criminal poachers as great as in Italy. Illegal hunting is widespread throughout the country.